At Einstein's Eyes we consult and manage SEO for many clients. We are as informed as anybody on the subject but we decided to take it one step further. Beginning the Summer of 2014 we researched exactly what does it take to get to the top of the search engines. We started at the very top. We researched what sites are on the first page in the ten most competitive keywords. The keywords in the experiment were free, travel, software, flights, hotel, cars, click, book, blog, computer. These keywords are responsible for upwards of twenty million searches a month and have KEI scores in the thousands. This lead to some startling discovers that were counter to most SEO advice in the market place. We will start at the top with the meta title. The title of the site is often considered extremely important for SEO. First, important keywords should always be in your title. Also include it as the very first keyword. Keyword stuffing, adding your keywords multiple times, is encouraged. Lastly, title length is suppose to be about 70 characters. Let's look at each of these assumptions. First, keywords in the title. Analyzing the title of the result set, we found that titles were less likely to have keywords then we thought. Refer to chart below:

A full sixteen percent of the time the titles did not even contain the keyword which they appeared in the top ten in Google. This was a real shocker because this is tried and true method of improving websites. Looking at the second assumption  include the keyword as the first word in titles. Our research indicated something quite different only about 30% of the time the keyword was the 1st word in the title. More frequently then not it was buried deeper in the title. Frequently appearing 5-8 words deep. And then you have to factor in that sometimes the keywords did not even appear. Greater then 75% of the sites did not have the keywords as first or in the title at all. The third assumption, adding the keyword as much as possible was totally false. Referencing the chart above, twenty two percent of the time the keyword appear more then once. And only two percent did the keyword appear three times. This is certainly no argument for multiple inclusion of keywords. Last assumption title character length should be 70 characters. To maximize there SEO effectiveness. The chart below shows that only 14% of titles are a length greater then 70, but the distribution, graphed below, is much looser then you might expect. Many of the titles are much shorter further more there was one title that was as long as 120 characters. So while that might not be standard it certainly is acceptable to Google.

Next articles we will look at headline, descriptions, and meta keywords. If wish to get some help with your SEO please don't hesitate to contact us at sales@einsteinseyes.com or 972-997-8200. If you want to be sure to get our latest search engine research then contact us. 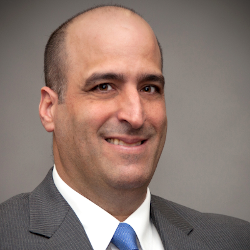