When the Internet was invented in the 1980s, no one expected it to boom into a cultural phenomenon. Since its inception, many great and terrible things had been accomplished through the use or help of the Internet. With its far-reaching power, the Internet has been used in incredibly creative ways: marketing, raising social awareness, crowd-sourcing, and creating revolutions.

Marketing. Businesses today greatly rely on the Internet to market their goods or services, but it takes very innovative ones to catch the attention of the consumers. Buick and Lay’s achieved this through their genius use of social media. Through Pinterest, a social sharing site designed for users to share and “pin” interesting images, Buick launched their “Pinterest to Dashboard” contest to find the design for their 2013 Encore luxury car. It called influential bloggers together to create boards that represent their personal style and passion. From this Pinterest contest, Buick discovered fresh designs for their product while successfully connected to a younger audience and showed a different, more playful side of the brand. Lay’s also had a similar contest to find new flavors for their chips. Lay’s “Do Us A Flavor” asked consumers all over the US to send in new and interesting flavor ideas and the winning flavor would be sold across the US. Their main media platform is Facebook, and it was so successful that the Facebook app was crashed the first day of its inception. The concept of using social media for marketing is a major way in which Internet improves the economical aspect of the world.

Social awareness. Unlike the above example where Pinterest was used as a marketing platform, UNICEF utilized Pinterest as a medium to raise awareness about third-world problems. UNICEF created the “Ami Musa” campaign in which a fictional 13-year-old girl from Sierra Leone, Ami Musa, pins objects we generally take for granted, like running water and shoes. This campaign has a deep impact because traditionally, Pinterest is used as an online wishlist for bloggers to re-pins things that they want, and most of the time, it is something material. In the case of Ami Musa’s blog, “Really Want These,” all the pins are of basic necessities that most of us take advantage of. The impact of the campaign gave UNICEF great success in raising awareness of the horrible conditions of third-world countries.

Politics. In recent years, we see a lot of political unrest in the middle East from 2009 to 2011. Most of these revolutions are part of the bigger Twitter Revolution. It is so named because these revolutions were organized through the online social media network, Twitter. The Moldova civil unrest, the Iranian election protests, the Tunisian Revolution, and the Egyptian Revolution were all revolutions that impacted history and changed the politics of the countries—all were organized by Twitter, which shows what advance communication can do. Closer to home, communication via Internet helped the FBI supported the most crowd-sourced investigation in recent US history to find the perpetrators of the Boston Bombing incident. The community of Reddit took to the web to track down possible suspects, scanning through pictures taken at the scene and compiling suspicious activities. Although the attempt failed and started several virtual witch-hunts, the idea is novel and with more restrictions and tweaking, it can revolutionize the criminal investigation process. The World Wide Web is no longer used just for finding information or for marketing purposes. With a better understanding of the Internet and its capabilities, humans are utilizing the Internet in new, creative ways to open worlds of possibilities and change. Because we do a lot of web development and design at Einstein’s Eyes, we are always interested in the power of the Internet and what it can accomplish with proper use. Discovered new ways to use the Internet or read of something interesting? Share it with us on our Facebook, Twitter, or Contact Us for more interesting articles. 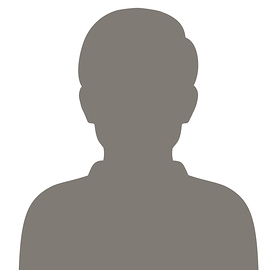 View all posts by Lucy Vo